Women in Life – Women in Tech 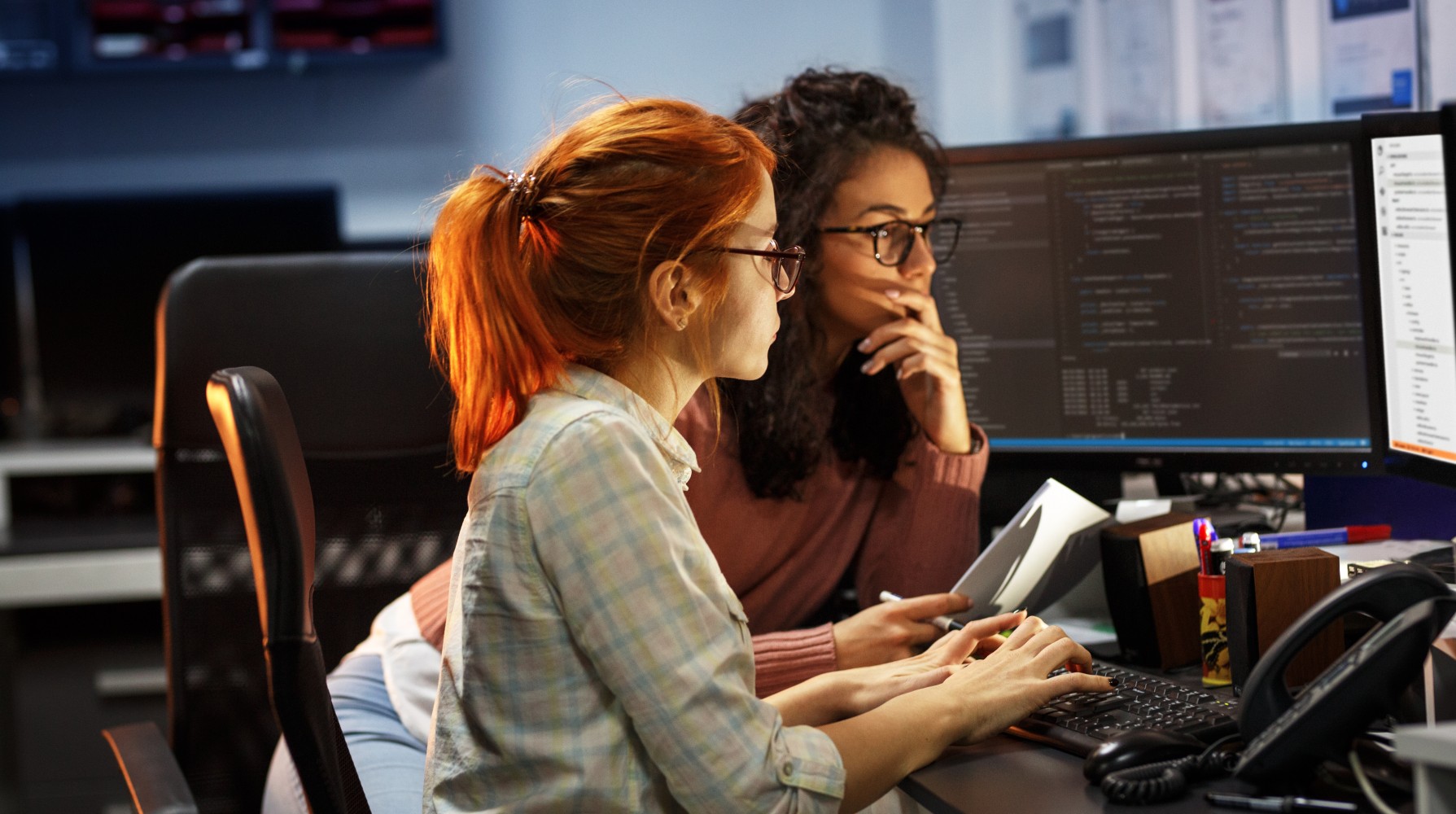 Why is this relevant? What is the problem, really?

There is no doubt in the fact that we are facing a problem regarding gender equality, especially
concerning comparing the perceived capacities of men and women, in different fields, and
different aspects of life. Women are seen to fit nurturing and rapport-based jobs and tasks better,
whether it being a stay at home mom or a counsellor/psychologist. Men are seen as a better fit
for either physically or mentally more demanding jobs, such as a lawyer or jobs of tech in
general! Does anyone dare to question this delegation of roles and life paths? Who decides who
does what, who works in what field, or adopts a certain role? I can say for certain it is never the
particular individuals’ decision, it never is! These societal and cultural norms are often set a long
time ago and are often not labile, they are considered to be stable and most definitely not
questioned enough, not until now! This one question, in particular, is very much
thought-provoking; how come females in school perform significantly better in fields like maths
compared to boys, but later in adulthood, they are not considered as eligible as men to
math-related fields, especially, well, tech? The answer is not that simple but can be explained
with the help of certain theories.

One of the theories that I will briefly discuss is the Cognitive Social Learning Theory. According
to cognitive social learning theory, learning takes place by observing others’ behaviours,
analyzing those behaviours, and modelling them. In media, we are constantly exposed to women
being objectified and seen as the goods of men, that they can wear and tear however they want.
This is especially prominent in Middle Eastern Cultures, but not nonexistent in westernized,
W.E.I.R.D. populations as well. Modifying the contents of media towards a more gender-equal
displaying of roles and professions would have a big influence on the shift of how different roles
are attributed to the genders present. Another theory is the Social Structural Theory; which is the
theory that demonstrates how psychological gender differences are a result of the division of
labour by gender and the gender disparity in power. Men, who are stronger physically are seen as
a better fit for labour outside of the home, and women, who are emphasized for their ability to
lactate are specialized in child care (because that is the only worthy function of women, right
(!)). More egalitarian societies seem to have a lesser emphasized inequality in gender.

What about our similarities?

A third and final hypothesis I will mention is the Gender Similarities Hypothesis, which
demonstrates that all genders score equally in not all, but most psychological traits and cognitive
abilities. If this is the case, then why would we still be eager about discouraging genders to
engage in the professions and fields of the opposite gender?

How is this related to Tech?

I’ll tell you how, and it is simple. Tech is mostly seen as a masculine field, dominated by men
and little space for women, but that should not be the case! If females are beyond eligible in
proving their math and tech skills, why is it so hard to accept them in the field? There should be
more variety, more diversity and more inclusion. There is no doubt that women will contribute
so much to tech, both with their evolutionarily acquired rapport and soft skills, along with their
empirically proven sufficiency in terms of math and related skills.

How do we encourage them?

In theory, my advice to all tech firms and companies is to encourage women to participate in the
field. But, only verbal encouragement is not enough when there are visible disparities in pay.
Therefore, I propose equal benefits to women just as men. Another way to attract women is to
display your job offers in a gender-neutral way. This way, you won’t implicitly lose the interest
of potential women applicants.

How do we, as ELU, encourage them?

At ELU, we are a strong advocate for equality and equity. We strongly believe that all genders
(women, men, transgender, cisgender) are equally capable, eligible and most importantly,
worthy. We encourage all genders, but for the sake of this special day, all women to forget about
all the biases, all the social constructions behind, and ask themselves truthfully, what they want
to achieve, and strive to reach their goals. We encourage everyone, no matter their gender, sexual
orientation, culture, nationality or race, to apply and kickstart the bright future that is ahead of
them. Everyone deserves a perfect life, and no theoretical construction can stand in the way of
that, we are only going to get ahead of this together!