What does the future of Data Science hold for you? - European Leadership University

What does the future of Data Science hold for you?

Look around you, there is data everywhere. “Over 2.5 Quintilian bytes of data is created on a daily basis.” And in the near future, it is approximated that 1.7 Mb of data will be created every second for every person on the planet. Yes, this data is generated by us, but do you know how this much data is analyzed? Data scientists are the ones behind the process.
So many companies around the world are looking for data scientists. The data which is received by them is both structured and unstructured. So, to use that unstructured Data and drive insights from it Data Science is used.Organizations are realizing the need to manage this data and because of this demand for data scientists is increasing.

Now you might be thinking that these companies could just take the feedback from its customers and simply improve their services by working on the customer requirement. So, why do they pay such huge amounts for this purpose? They do this because they walk with the world and they have realized that ‘ Change is the only constant’. It’s not just about analyzing Data its about understanding a customer in such a manner, that even the customer is not aware of, its about understanding the market demand, pattern and trends. For e.g- You like comedy shows but you don’t ask Netflix to make it exclusively for you. When you start watching one, Netflix automatically recommends you another comedy show that you might like. All this is possible because of Data Science at Netflix and its Recommendation system. Smart! isn’t it?
We can also talk about some non chilling projects here where Data Science is used and scientists are even able to predict future events to a great extent. Don’t believe me? Have a look at this example:
Thirteen days before the cyclone ‘Fani’ hit the Odisha coast, in India, IMD ( the India Meteorological Department) had an indication that there could be a massive storm and they started preparing for the outbreak

On April 21, based on data from various sources, they forecast that conditions were leading to the formation of the low-pressure area. They collected data on rainfall, temperatures below the sea and above, wind speed, etc and analyzed it to predict how severe the cyclone could be.
A record of 1.2 million people (equal to the population of Mauritius) were evacuated in less than 48 hours just because of data scientists. It was one of the strongest cyclones to have hit India in the last 20 years.This is the power of Data science. You can also understand how Data Science is used in Healthcare and how it is improving lifestyle of patients and predicting diseases at an early stage.
Now imagine the disaster these 1.2 million people overcame.Here, I can proudly say that if you can save someone’s future you save yours. This is 2019 and all this is possible,moving a little forward, lets talk about the future, and their role in 2020 and in 2025. If they are so in demand right now, how will their demand be in the future? There’s no doubt in knowing that they are among the top paid careers in the world today. Ever wondered how much will they be paid in the future?

Role of data scientists in 2020

India is set to face shortage of data science professionals until 2020.This is because they are required to analyze a huge amount of data, make decisions and predictions. For all this purpose they do need to have skills related to statistics, mathematics, data visualization, machine learning, coding, etc. Rarely do we find people with such high-level skills. According to a survey conducted by IBM, in the year 2020, there will be an increase in job openings by 364,000 to 2,720,000 data scientists.

As per LinkedIn, the data scientist job profile looks like this:

Data scientists are paid huge amounts according to the skills they possess. Even the survey conducted by IBM say so. The Average salaries are:

There will be more than 400% rise in the demand of data scientists in the coming years across various sectors, in India. Data scientists are a must in the future because:

There is a boatload of data- As we read in the first paragraph of this article about the amount of data that is generated regularly. This data needs to be managed and analyzed. Decisions are to be made that are effective for the growth of a business by drawing out insights. Predictions or events that are likely to take place are identified with the help of data collected.
Skills can’t be matched- The future data scientists would be able to handle the most critical and complex business challenges. They are able to do this because they have the knowledge of the right skills and techniques required to bring a change in an organization. You would not be able to find these unique skills and talent in any other profession.Check out the top Data Science skills you must possess to master the art(Oops.. Science :P).
There will be a rise in the number of applications — The work of a data scientist involves extracting meaningful information from raw data. This process may seem to take less time but in reality it requires a number of tools and techniques which takes up a large amount of time. Data science has explored many applications recently and will continue to explore more in the near future.

At last I just want to say that Change is Inevitable but your growth is optional. So, if you want to keep up with the fast paced world and the ever changing technology then go hand in hand with the world. Rather, I would say that go one step ahead because that’s what a Data Scientist does.

this article has been retrieved from https://towardsdatascience.com/what-does-the-future-of-data-science-hold-for-you-7ae47861dc22 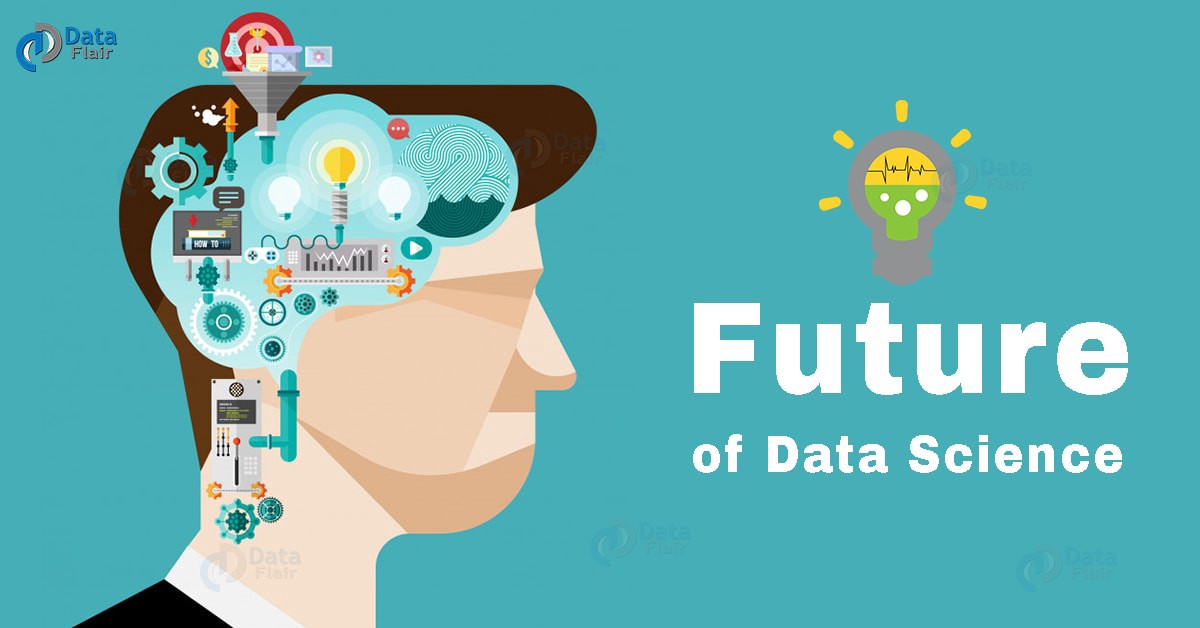