How to choose a cloud serverless platform - European Leadership University

How to choose a cloud serverless platform 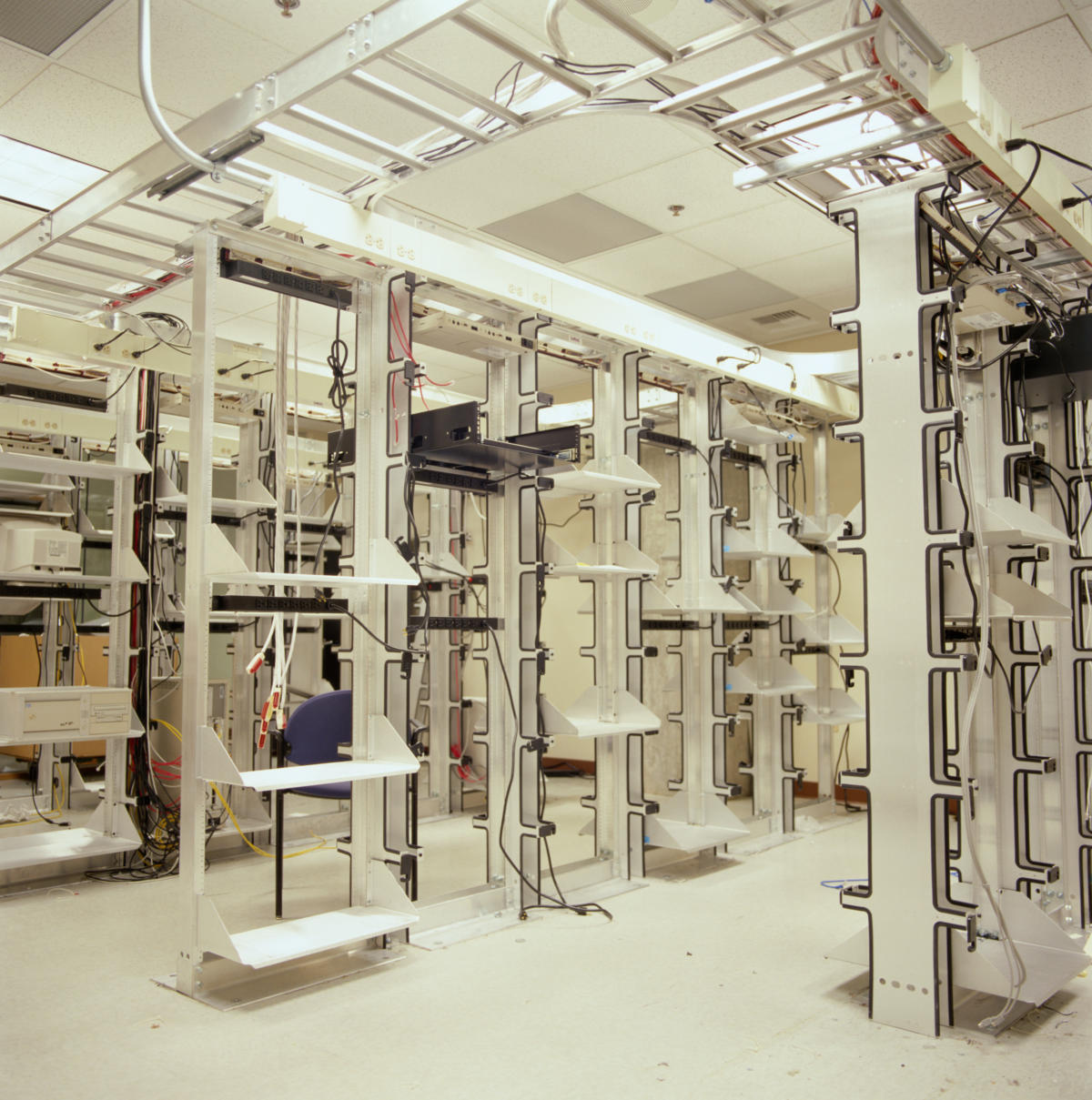 Running a server farm in the cloud at full capacity 24/7 can be awfully expensive. What if you could turn off most of the capacity when it isn’t needed? Taking this idea to its logical conclusion, what if you could bring up your servers on-demand when they are needed, and only provide enough capacity to handle the load?

Enter serverless computing. Serverless computing is an execution model for the cloud in which a cloud provider dynamically allocates—and then charges the user for—only the compute resources and storage needed to execute a particular piece of code.

In other words, serverless computing is on-demand, pay-as-you-go, back-end computing. When a request comes in to a serverless endpoint, the back end either reuses an existing “hot” endpoint that already contains the correct code, or allocates and customizes a resource from a pool, or instantiates and customizes a new endpoint. The infrastructure will typically run as many instances as needed to handle the incoming requests, and release any idle instances after a cooling-off period.

“Serverless” is of course a misnomer. The model does use servers, although the user doesn’t have to manage them. The container or other resource that runs the serverless code is typically running in a cloud, but may also run at an edge point of presence.

Function as a service (FaaS) describes many serverless architectures. In FaaS, the user writes the code for a function, and the infrastructure takes care of providing the runtime environment, loading and running the code, and controlling the runtime lifecycle. A FaaS module can integrate with webhooks, HTTP requests, streams, storage buckets, databases, and other building blocks to create a serverless application.

As attractive as serverless computing can be—and people have cut their cloud spending by over 60% by switching to serverless—there are several potential issues you may have to address. The most common problem is cold starts.

If there are no “hot” endpoints available when a request comes in, then the infrastructure needs to instantiate a new container and initialize it with your code. Instantiation can take several seconds, which is a very long time for a service that’s supposed to respond in single-digit milliseconds. That’s a cold start, and you should avoid it. The lag time can be even worse if you have an architecture in which many serverless services are chained, and all have gone cold.

There are several ways to avoid cold starts. One is to use keep-alive pings, although that will increase the run time used, and therefore the cost. Another is to use a lighter-weight architecture than containers in the serverless infrastructure. A third tactic is to start the runtime process as soon as a client request begins its security handshake with the endpoint, rather than waiting for the connection to be fully established. Still another tactic is to always keep a container “warm” and ready to go through the cloud’s scaling configuration.

A second problem that can affect serverless is throttling. For the sake of cost containment, many services have limits on the number of serverless instances that they can use. In a high-traffic period, the number of instances can hit their limit, and responses to additional incoming requests may be delayed or even fail. Throttling can be fixed by carefully tuning the limits to cover legitimate peak usage without allowing runaway usage from a denial-of-service attack or a bug in another part of the system.

A third problem with the serverless architecture is that the storage layer might not be able to handle peak traffic, and may back up the running serverless processes even though there are plenty of instances available. One solution to that problem is to use memory-resident caches or queues that can absorb the data from a peak and then dribble it out to the database as quickly as the database can commit the data to disk.

A lack of monitoring and debugging tools can contribute to all of these issues and make them harder to diagnose.

You’ll notice that I didn’t list “vendor lock-in” as a pitfall. As you’ll see, that’s more of a trade-off than a real problem.

Several of the other AWS serverless products are worth noting. Lambda@Edge allows you to run Lambda functions at more than 200 AWS Edge locations in response to Amazon CloudFront content delivery network events. Amazon DynamoDB is a fast and flexible key-value and document database service with consistent, single-digit millisecond latency at scale. And Amazon Kinesis is a platform for streaming data on AWS. You can also run Lambda functions on local, connected devices (such as controllers for IoT) with AWS Greengrass.

Microsoft Azure Functions is an event-driven serverless compute platform that can also solve complex orchestration problems. You can build and debug Azure Functions locally without additional setup, deploy and operate at scale in the cloud, and integrate services using triggers and bindings.

Triggers are what cause a function to run. A trigger defines how a function is invoked, and a function must have exactly one trigger. Triggers have associated data, which is often provided as the payload of the function.

Google Cloud Functions is a scalable pay-as-you-go FaaS platform. It has integrated monitoring, logging, and debugging capability, built-in security at the role and per-function levels, and key networking capabilities for hybrid cloud and multicloud scenarios. It lets you connect to Google Cloud or third-party cloud services via triggers to streamline challenging orchestration problems.

Based on Apache OpenWhisk, IBM Cloud Functions is a polyglot, functions-as-a-service programming platform for developing lightweight code that executes and scales on demand. You can develop IBM Cloud Functions in Node.js (see screenshot below), Python, Swift, and PHP. IBM touts the integration between Cloud Functions and Watson APIs within the event-trigger-action workflow, to make cognitive analysis of application data part of your serverless workflows.

Cloudflare is an edge network best known for protecting websites from distributed denial of service (DDoS) attacks. Cloudflare Workers let you deploy serverless code to Cloudflare’s global edge network, where they run in V8 Isolates, which have much lower overhead than containers or virtual machines. You can write Cloudflare Workers in JavaScript (see screenshot below), Rust, C, C++, Python, or Kotlin.

Cloudflare Workers don’t suffer from cold start issues as much as most other serverless frameworks. V8 Isolates can warm up in less than five milliseconds. In addition, Cloudflare starts loading a worker in response to the initial TLS handshake, which typically means that the effective cold start overhead goes away completely, as the load time is less than the site latency in most cases.

Serverless Framework is one way to avoid vendor lock-in with functions-as-a-service, at least partially, by generating function code locally. Under the hood, the Serverless Framework CLI deploys your code to a FaaS platform such as AWS Lambda, Microsoft Azure Functions, Google Cloud Functions, Apache OpenWhisk, or Cloudflare Workers, or to a Kubernetes-based solution such as Kubeless or Knative. You can also test locally. On the other hand, many of the Serverless Framework service templates are specific to a particular cloud provider and language, such as AWS Lambda and Node.js (see screenshot below).

You can run an OpenWhisk stack locally, or deploy it to a Kubernetes cluster, either one of your own or a managed Kubernetes cluster from a public cloud provider, or use a cloud provider that fully supports OpenWhisk, such as IBM Cloud. OpenWhisk currently supports code written in Ballerina, Go, Java, JavaScript (see screenshot below), PHP, Python, Ruby, Rust, Swift, and .NET Core; you can also supply your own Docker container.

The OpenWhisk project includes a number of developer tools. These include the wsk command line interface to easily create, run, and manage OpenWhisk entities; wskdeploy to help deploy and manage all your OpenWhisk Packages, Actions, Triggers, Rules, and APIs from a single command using an application manifest; the OpenWhisk REST API; and OpenWhisk API clients in JavaScript and Go.

Fission is an open source serverless framework for Kubernetes with a focus on developer productivity and high performance. Fission operates on just the code: Docker and Kubernetes are abstracted away under normal operation, though you can use both to extend Fission if you want to.

Fission is extensible to any language. The core is written in Go, and language-specific parts are isolated in something called environments. Fission currently supports functions in Node.js, Python, Ruby, Go, PHP, and Bash, as well as any Linux executable.