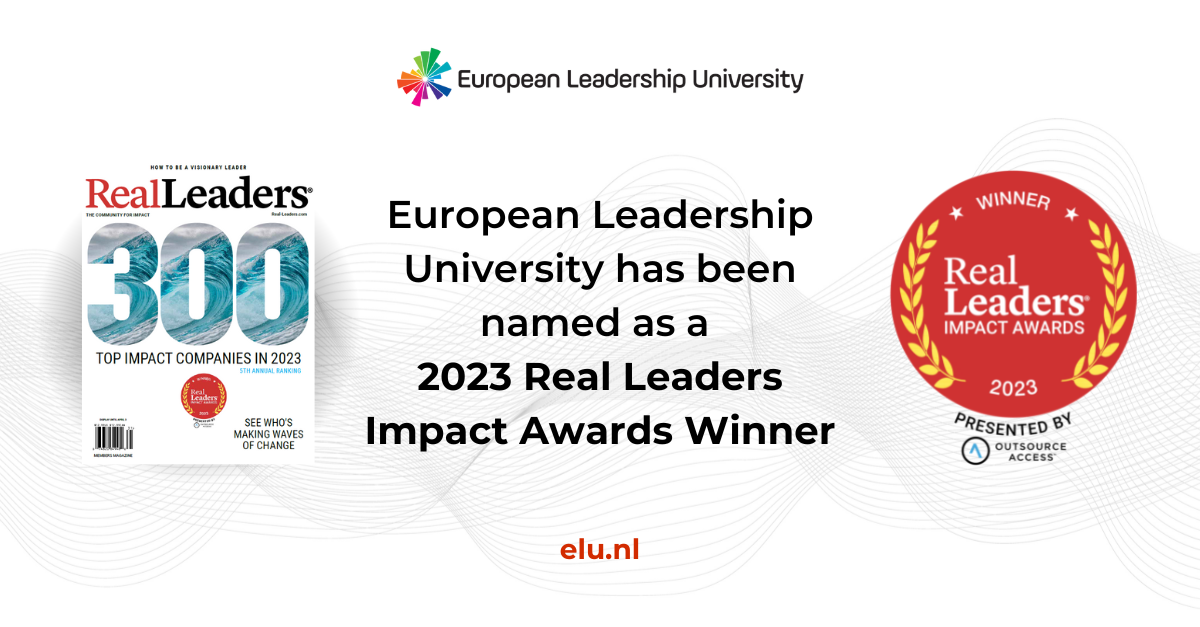 European Leadership University is proud to announce that the organization has been named a winner in the 2023 Real Leaders Impact Awards. These awards are held annually and recognize the companies with the most impact in the world that lead the way in bringing about change for good.

The university was chosen based on its commitment to promoting a culture of ethical leadership, sustainability, and diversity. ELU’s mission is to empower students from all over the world with valuable life skills and knowledge that will prepare them for successful careers in an increasingly interconnected global society.

Kevin Edwards General Manager of Real Leaders released a statement for the 2023 Real Leaders Impact Awards congratulating European Leadership University on achieving this distinction, which was as follows:

“Congratulations, European Leadership University has been named as a 2023 Real Leaders Impact Awards winner. This means your organization has joined an elite community of growing impact business brands with a real commitment to causing a sustainable change in the world. We believe you are going to make a big splash in 2023 and that’s why this year’s Impact Awards campaign theme is “waves of impact.” A total of 300 Companies will be ranked in 2023! Now that you’ll be recognized in flagship airport newsstands next to Forbes, Fortune, and Economist while reaching 15,000+ additional CEOs.”

As a fully recognized European university established in 2015, European Leadership University (ELU) now has made its mark by being selected as a 2023 Real Leaders Impact Award Winner.